I've been a Facebook user since around 2006/2007, and recently decided to pull the plug and get rid of it. It was a mixture of several things, with the primary reasons being:

1) Having no reason to be on there, but somehow finding myself on there all the time
2) Hardly interacting with others on the site
3) Everyone is on there now, hence I have to be mindful of what I post
4) If I'm not interacting or posting, why leave myself exposed for everyone to see?

It may not be the best move socially, but even now with the recent <tinfoilhat>leaks about US government data aggregation and surveillance</tinfoilhat>, I feel it's best to just lay it to rest. Of course, it's foolish to think that any data I've posted on there hasn't already been neatly collected and thrown into the machine.

It's weird...even after I scheduled my account for deletion, I'd find myself randomly start typing 'faceb....' in the address bar to go there, almost like some sort of muscle memory. Hard habit to break.

I stopped using facebook about 3 or 4 months ago. It's one of the best decisions I've made. I haven't kept up with a number of people who I actually care about and talk to but, to be honest, I kind of enjoy that aspect of it. When we see each other in person or speak on the phone we actually have stuff to talk about.

“I don't believe in charity. I believe in solidarity. Charity is so vertical. It goes from the top to the bottom. Solidarity is horizontal. It respects the other person. I have a lot to learn from other people.” - Eduardo Hughes Galeano

Ditched it shortly after signing up, as I could see it wasn't for me, & that was a long time ago.
(Before the rabid commercialisation.)

Watch at your peril

There were some of us that saw it for what it was early on and never plugged into it in the first place.

Facebook is still there? Thought everyone moved to Diaspora.

Hehe, I think like 7 people moved to Diaspora.  Those guys were busy shooting themselves in the foot by taking three years between announcement and their first release, which had such huge security holes in it that they had to freeze the downloads temporarily.

If any service acted as a haven for those fleeing facebook, it would probably have been G+.

As long as you use what you like.  That's all that should count.

The number of G+ users is a trick, given that Android users are more-or-less forced to register with G+ now.

Call it what you will, but I'm still not forced to join G+ when I reinstall my Android OS every now and then.

Even if we wipe G+ off the map because you've decided they've tipped the scales in their favor by tricking people, the fact remains that your statement of Diaspora being the go-to networking site is still so far off base, it's slightly humorous.  Less than half a million users, according to Diaspora themselves. It's pretty much the anti-social networking site.

There were some of us that saw it for what it was early on and never plugged into it in the first place.

When I first started using it (back when you had to sign up with a .edu email address) it was great. It was almost entirely used for finding that random attractive person you saw on campus but didn't get to talk to. It was also a good way to swap notes and keep in touch with former classmates. The latter is actually what I used it for mostly, even recently. Once I left for grad school it became a way to stay in touch with friends from my old city. It served a specific purpose and served that purpose well.

Unfortunately, like most things, greed took over and around 2007 or 2008 the site began to get noticeably worse as far as usability, searching for people, connecting with people from classes, etc. It became more generalized and it just became a mess. I stuck around for the reasons I mentioned (I deactivated my account and spent long periods of time away, too) but when you have a network of friends around the world it really is a good way to stay in touch.

“I don't believe in charity. I believe in solidarity. Charity is so vertical. It goes from the top to the bottom. Solidarity is horizontal. It respects the other person. I have a lot to learn from other people.” - Eduardo Hughes Galeano

but when you have a network of friends around the world it really is a good way to stay in touch.

I agree wholeheartedly, but I don't have any friends so never had need for the ability. 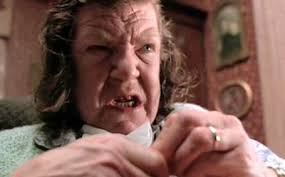 I went completely cold-turkey for several weeks, and it was absolutely wonderful.

I'm a bit less rabidly anti-social networking now, but I'm still very frugal - I only sign up on sites that I know I'll be using regularly, and I delete any accounts that have been inactive for more than a few months. I have accounts on Goodreads, RateYourMusic, Reddit, Tumblr and a few forums, but that's it.

Representative of the Dark Side since December 2013.

yup, even before quitfacebookday in 2010.

The people I really want to talk to are still on email and IM. I don't think slashdot counts as social networking either, so these forums and github are my vices. I hardly use G+ but if I do its 100% linux related.

Good move djweber, you have more time to spend here

Pulled the plug March 2012 and haven't looked back once.

I've just ramped up my Facebook presence with a dedicated page for a project I'm working on. It has its uses if used the right way.

G+ I think is losing its appeal. I see people doing the same things they do on Facebook. They're there but not really sure why they waste time being there. I have made many IRL friends through G+ in the last 2 years but equally the same can be said for Flickr and Facebook. If you have an interest that relies on social media then you're pretty much a slave to all of them

I pulled the plug for the third and final time back in January. Best move I ever made. What a useless time suck. Like you, I had no reason to be on there, but somehow found myself on there all the time (a drawback of being behind a keyboard 9-10 hours a day, I suppose). There was a short period of withdrawal, but now I can't imagine ever going back.

All the security and privacy issues aside (and those are enough not to be there), I just got tired of endless pointless drivel, and sometimes drama caused when things were misconstrued and such.

I also got rid of all Google products and services at the same time.

djweber, your 4 reasons for quitting are exactly the same reasons that have me on the edge of pulling the plug as well.  Unfortunately, I don't think I have the guts just yet to actually do it.  Yet, in all of the cases I read where people do quit, none regret it.

So I gave myself the deadline of September a few weeks ago.

@JWJones, I'm also preparing my move away from Google.  I found myself too reliant on many of the services and of course, the popular privacy issues...

I never plugged in to begin with, but I congratulate you for doing what you're doing.  Now you'll have more time for the CrunchBang forums.

I pulled the plug on FB twice. Since the last time, I never looked back. I'll probably ditch G+ next. Currently, I keep in touch with most friends overseas via e-mail, Skype, and the phone. If the eyes and ears of the NSA & Co. monitor it all, f**k 'em.  ]:D

It's never too late to learn something new!

I pulled the plug once, but then my friends living in Japan or UK "forced" me to log back because they weren't answering emails anymore...
I just pulled the plug again a couple of minutes ago. Reading friends' updates is overrated.

...because they weren't answering emails anymore...

This is something I have noticed about Facebook: it seems to replace most other forms of communication for many people. Sad.

@JWJones, I'm also preparing my move away from Google.  I found myself too reliant on many of the services and of course, the popular privacy issues...

I also dumped Dropbox last week. It uses a ridiculous amount of resources (to me, anyway) on both Linux and Mac. And unless you encrypt the files you put there, the security sucks. In the meantime, I keep the files I used to keep there on the 10GB of storage I have with my ISP, via FTP. Works just fine for me.

If you're looking for more space than the measly amount dropbox gives you, check out Copy. If you use the link provided, you get 20GB to start with.