It was an annoyance to have to set it up for the corporate websites I run, and an annoyance for new visitors to our websites, also an annoyance when I go "incognito" on my browser or use tor as every site which has obeyed the law pops up with something or other. Another wasted click. Most people are web savvy enough to cope without the warnings, in general, why would they be visiting a site in the first place?

Been running my Brother DCP-540CN (aio inkjet) for many happy years across the network on linux of many variations (all debian based). Latest distros have taken a bit of extra configuration to get it going (scanner in the main, mostly symlinks to the right libs folder) but printing has always been straight forward.

When aged 8 we moved to the USA for a couple of years (from the UK). For my age I was pretty good at spelling, always getting 100% in tests. Then, to my horror, I started to get big red crosses against perfectly well spelt words, plough, colour, centre, neighbour, and so on. Two years later I was back in the UK, and had to unlearn it all.

[footnote] my effort at education went downhill after this  ]:D

Thanks pvsage for the background

I posted the tip as thunar is the default file manager in #! (or whatever!)

Yes, it only saves me a single key, but fits with the new folder shortcut.

Didn't know pcmanfm had come on so much, but have just got so used to my thunar setup and custom actions, and especially rename (for which I have not found anything better either- here we go again

Aim was to use keyboard only, not mouse.

@pvsage please produce evidence, not just hypothesis, I did research this

If there is a better way, I am all ears

but this is the simplest I could come up with, without using the mouse.

No shortcut for this in Thunar, but using xdotool you can have one:

1. Make a script, paste in the following save and make executable:

Create a new application shortcut, pointing to your new script file and with the key combination you prefer ( I used CTRL+SHFT+F)

Now when thunar is your active window and you need to create a new empty file, just hit the shortcut.

I found I had to put a 1 second delay in otherwise the script didn't seem to catch.

Testdisk and photoRec are your friends for this job using Linux

Suggest an image backup as well

There are other recovery programmes boot discs about too that run Linux or WinPE etc.

Failing that, the boss will need to shell out for some HDD forensics/recovery... 8.(

Also talk to him about backup routines

Yad on this forum

You will need to build the frontend but it is fairly easy.

Surprised gigolo doesn't do it for you, though?

noip works for me, just need to do a monthly update to keep it live

Just debian or any distro with the 3.3+ kernel ?

Currently switched back to xubuntu 14.04 (= ubuntu+xfce) and made it as crunchy as possible, aside from pipe menus (which can be manually "created" with launchers), and a few visual differences, gives me more or less everything #! does.

Dokuwiki and Mediawiki seem the most popular and user friendly, not sure about the "ad" part though....

Appears to be 'buntu related nothing 'buntu works, #! fine, 'buntu mini.iso fine - so used that!

Noobs should be Ewoks

They could then transend to being a Chewbacca !

I got stuck on this last night and not had a chance to try out all the alternatives, but think this might be a hardware issue of some kind.

Decent machine i5 4670K with 8gb ram and 120gb SSD, with W8 and #! on two partitions, and an existing install of Xubuntu on a third. Running two screens, one off the processor the other off dedicated Nvidia card.

Tried with DVD, USB and from ISO on HDD (through GRUB2), but on boot the thing just ground to a halt on the splash screen.

On leaving it for 15 minutes or so it did eventually move on, I attempted an install but this seized up after selecting location, was all very slow though.

Yet to try other distros, or to disconnect a screen. Never had any UEFI or secure boot issuses with PC.

I made a repo for the script, can be seen here: https://github.com/csmr/jesbang

Hmm just tried this out. After script completed could not login with lightdm, just kept refusing. OK to login and startx from another console. my user did not have sudo either.

edit2: I changed the script so users are able to sudo automagically.

I did restart after running script, still refuses

thx for the sudo fix

I made a repo for the script, can be seen here: https://github.com/csmr/jesbang

Hmm just tried this out. After script completed could not login with lightdm, just kept refusing. OK to login and startx from another console. my user did not have sudo either.

This is all great stuff, hats off to John and all

This command in your howto

only creates a file called terminator in ~.config/

Whereas as your check command is looking for a ~.config/terminator/config file - which I don't have

Running the command on ~/.config/terminator returns nothing, just back to command prompt. I am going to try renaming terminator to config and create a terminator directory to see what happens

Something missing or I have missed something along the way

Terminator "look" didn't change for me ?

Short for cor(e)n(omial) as a tribute

Also has a kernel 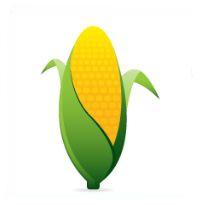 I have found the same problem. Gave up in the end, used google nexus 7 to stream to TV

Yep, I don't have backports, but do have multimedia repo and ffmpeg compiled from source