I have watched many episodes of The Big Bang Theory and the style of comedy is not for me. The jokes are too obvious and cliched, and there aren't any characters I can identify with. I know it is highly regarded around the internet, but I simply am not in the target audience.

Standup comedy is one of my favorite mediums. I go to standup and improv shows very often and I also listen to Marc Maron's WTF podcast, where he interviews (mostly) other comics. Pandora has a great comedy selection and I also have over a hundred standup albums. The list of comics I like is really very long, and includes almost everybody I've ever heard as I'm not terribly discriminating, but here are a few standout standups who are still putting out new material today:
Brian Regan
Jim Gaffigan
Louie CK
Maria Bamford
Amy Schumer
Hannibal Burress

TV sitcoms are about the only form of television I watch. Some favorites:
Seinfeld
Arrested Development
30 Rock
It's Always Sunny in Philadelphia
Parks and Recreation
Community
Modern Family
The League

I don't watch many movies anymore, but I do have some favorites from years past:
Billy Madison
Happy Gilmore
Dumb and Dumber
The Big Lebowski
Wet Hot American Summer
Grandma's Boy

I have never really enjoyed the traditionally British style of humor. As a kid the closest I ever got to The Monty Python style of absurdist humor was Mel Brooks' Robin Hood: Men in Tights, and even that has not held up well in my adult years. Even the Ricky Gervais version of The Office was poor compared to the Steve Carrell version in my opinion (though that show did go downhill around the 4th season). It's nothing against you blokes, I promise.

It's because the hardware is emulating an entirely different hardware and then running the game within that. I'm no computer scientist, but that's the layman way that I understand it.

I said anything beyond PSX/Dreamcast/N64. I am able to run all of those fine, but PS2 and Gamecube have never worked well on my PC.

In my experience, anything beyond PS1, Dreamcast, and N64 emulation is too intensive for consumer computers to handle right now. I'm not saying that it's impossible, but you probably aren't going to see games running at 100% unless you have a crazy top-of-the-line computer.

For PS2 games you are better off just buying a PS2 for less than 100$US and doing the mod where you can burn your own disks using your legally backed up game files. I haven't been in this scene for many years, but Google can show you the way.

I'm a huge fan of comics books. My favorite books are Fables, The Walking Dead, and Invincible, and I've followed Spider-Man since I was around 8 years old. I don't like manga very much other than Dragon Ball and Usaji Yojimbo.

I also draw comics, but my drawing skills are very poor. I am not being modest here as I limit it stick figures and basic backgrounds. But that doesn't stop me from spending a lot of time on layouts and visual storytelling. You can get a lot across with only a few lines if you understand where to put them. I have a pretty good sense of comedic timing and can usually get a good laugh out of my audience (aka my wife, who is also usually the main character).

I love standup and improv comedy and will usually go to the local comedy club a few times per month. I listen to comedy podcasts and standup shows on my mp3 player almost every day. Sitcoms are great too and are about all I watch on television these days. My wife and I usually spend a night each week watching 3 or 4 episodes of sitcoms.

I've recently become very interested in knots and braiding. Rope and cordage is incredibly useful if you understand what you can do with it. I'm currently working on handle wrapping, which, for me at least, involves braiding paracord around a pole or stick to create a nice thick grip. Some people may have read about my fondness for a sledgehammer as a workout tool, and this project directly relates to that.

I commute to work by bicycle nearly every day (40 km round trip). So bicycling could be considered a hobby, though I rarely go out for purely fun bike ride or get all that excited by new gear and stuff. It''s more utilitarian than fun for me. But it is still more fun than sitting in a car.

If you are looking for an Android QWERTY, my advice would be to look at HTC or Samsung models. They have nicer keyboards compared to Motorola and LG, the two other large companies that make modern QWERTY phones.
Then consider what you want in terms of camera quality and battery life. After those two considerations, pretty much all phones are the same.

Cyanogenmod gets a big plus from me.

I have an HTC Vision (also called a T-Mobile G2 in the US). It's a couple of years old and still runs everything perfectly except for high-end video streaming and gaming apps. And since I don't use my phone for video or games, it is on par with any state-of-the-art devices regarding performance.

My name is Brian and I like orangutans. Hence, briangutan. It's nice because it's always available.

We have a high of 24ºC today, which is around my upper limit of comfort. My simple metric to tell if it is Nice or Hot in the warmer months is to look at a jar of coconut oil. The melting temperature (and mine it seems) is right at 24ºC.

I have nothing to say here, but I don't see where I can delete posts. 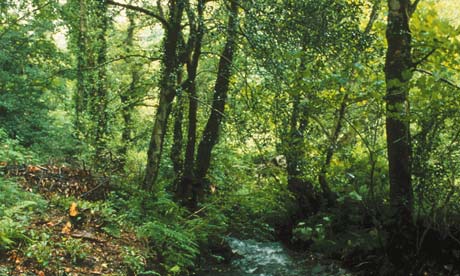 Ditto. No sudden thunderstorms today though!

I see what you did there

I only smash in the winter when there is snow cover. Sometimes I wish there were some old logs and stumps around in the summer. Doing 15 or 20 full power sledgehammer shots is incredibly cathartic.

The key for my own enjoyment of exercising is to make it similar to playtime as a child. I like to go to the park with a few tools (say a medicine ball, rope, and sledgehammer) and mess around with different motions and positions for a half hour or so. My only rules are that I practice good ergonomic forms and don't over do it on any one muscle group so that I don'
t get injured. Otherwise I rarely have a plan and just work on whatever muscle groups feel like they want to be exercised and stretched out.
This is infinitely more fun if you have a friend or two to join in!

FSM, I agree all around.

And pilates are absolutely strength training exercises. Your core is mostly composed of tiny muscles that perform slight stabilizing actions. If you are doing pilates vigorously enough to be getting a good, sweaty cardio workout, then you likely not trying get perfgect form and the exercises aren't really doing what they were designed to do. Go slower and work on better form and utilizing less speed and momentum and you'll definitely feel it.

Yoga's great for stretching and balance, but you get a more intense and time-efficient core workout from pilates. My wife is really into both and she usually does then in about equal amounts. I mix pilates in with my weight lifting or sprinting warmups and yoga in with my everyday stretching, but don't really do long sessions of either because I get bored too easily.

Hip adductors pull the leg inward and abductors push it out to the side.
http://en.wikipedia.org/wiki/Muscles_of_the_hip

Use the time you might set aside for crunches to do a few pilates routines. Some of the most time-efficient exercises I've ever done.

IMO Squats and leg raises wouldn't be quite yet enough for your legs. Most people have terribly weak adductor and abductors, which can lead to hip and knee problems in older age, so be sure to add them in too.

I am a scientist, but not a typical researcher as I work with methodology and instrumentation. Most of my work is related to thermal-dependent materials characterization.

I was disconnected last week so I'm catching up on all of the Olympics highlights that I missed.

For USA residents, the end of the Summer Olympics means the beginning of the dreaded presidential election season, so I'm trying to soak up all the Olympics I can before that starts invading my world!

I am learning German now and one of my preferred methods is to watch my favorite movies or TV shows with English audio but German subtitles. Over time you start to see the same words and associate them with the speech you hear. Eventually I'll try getting dubbed versions with German audio and English subtitles and see how I do with that.

2) This whole forum is a guide. If you have a question about something you don't understand, just do a search for the keywords and you'll likely find it discussed here. This is why I rarely post outside of the Off-Topic area -- everything I need to know is already here somewhere. I'm usually not qualified to answer user questions since I am a novice myself, but this one seemed up my alley.

I used to be a very avid beer drinker. I'd try all the microbrews I could, imported beers, homebrews from friends. You name and I'd drink it and probably like it. Ever since I started to cut grains out of my regular diet I've somehow lost the taste for most sorts of beer.

My favorite styles are English brown ales and milk stouts. Newcastle is the easiest to get my hands on, but some local New England (northeast USA) breweries have delicious versions too. Left Hand Brewery in Colorado and Butternuts in New York both make great milk stouts.

I used to really like the IPA style but it's become almost undrinkable to me now. I work for a German company and I end up drinking a lot of German beers with co-workers, but they are too wheaty for me. They find my preference for English beer to be bordering on blasphemy.

I don't like the (mostly American) trend of very high alcohol content versions of existing beer styles. If I wanted my beer to taste like it had whiskey in it I'd just pour some in. I feel stupid buying a $6 pint of something that I can barely taste because the alcohol burn is overwhelming.

On the other hand, I do still enjoy a cheap American macrobrew with a shot of bourbon for flavor. 3 or 4 of them and I am set for an evening.

Simple Fit is another good, basic bodyweight program. This is for people with a pull-up bar at home, which shouldn't be a problem since no place is really a home until it has a pull-up bar, right?