OK, I will be the first to admit that I am not an artist -- heck, I don't even play one on TV. But I was goofing off this afternoon while waiting for some stories to come to the news desk and I found a Fozzie Bear version of the California state flag.

So . . . I thought, "You know, CrunchBang would fit in here nicely." So I made a CrunchBang Republic flag that parodies the California flag. [Sorry, I don't know how to make it smaller.]

Damn that is good.. well done!

I did not know that, scket, and that's very interesting. That map, though -- Debian needs to invade more to get more land -- it deserves more than the mapmaker had given it.

For those of you who don't know what the California flag looks like, it looks like this:

The original post might make more sense now to those outside the North American continent who might be unfamiliar with the California flag, The red stripe becomes black, lettering grey and the star becomes #! Oh, and it's Fozzie (a bear) and not another, more popular, Muppet.

[I've never found the font that quite matches the lettering on the original flag. If anyone wants to take a stab at it, go for it.]

I have to confess, this is not a new idea. Years ago, I made a flag for the Ubuntu California LoCo (which I have on a drive somewhere) that replaced the star with the Ubuntu circle logo, the bear was the same, the text read UBUNTU CALIFORNIA and the red stripe was orange. I don't know if they used it or not because I started distro hopping around that time and never went back.

Larry, "We are a small but proud country".

What does that make Belgium, Luxemburg, Monaco, Lichtenstein... ?

pvsage is right -- all those are small but proud countries.

My son asked, why does it look like a Russian flag?

Bears. Russians. All the same thing.

Love what you did with the flag design!

The great coincidence is that #! is also coded to California's number as the 31st state.   And did you know that Fozzie's creator coincidentally borrowed Yogi Bear's outfit in a slightly different form? 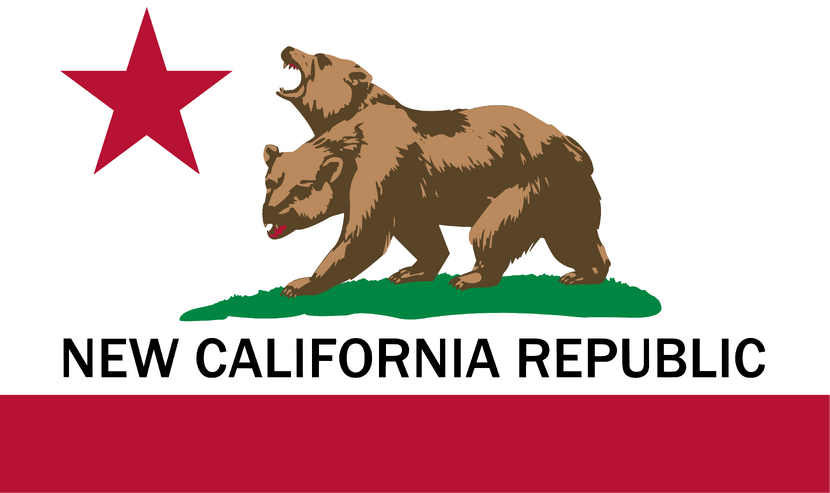 I'm so meta, even this acronym

Love what you did with the flag design!

The great coincidence is that #! is also coded to California's number as the 31st state.   And did you know that Fozzie's creator coincidentally borrowed Yogi Bear's outfit in a slightly different form?

I actually knew that about Jim Henson modeling Fozzie's outfit after Yogi Bear. You lost me, though, at the coincidence between #! and California being the 31st state. Could you elaborate?