I thought it was interesting how megaupload was shut down within 24 hours of this bill being postponed. If anything, it just demonstrates how bills like this aren't necessary for the government to violate our freedoms. A lot of people had paid subscriptions to megaupload that they used to host data for their businesses and such. Apparently, rapidshare and dropbox both had to make some changes to how they run their websites to avoid sharing the same fate.

They are shutting down Megaupload, what is now the difference to Rapidshare, that is still open?

Why the FBI is not shutting down Guantánamo!?

Without sounding like a conspiracy theorist, which I'm not by any means, Guantanamo and Iraq were necessary in order to train american "forces" in non-lethal means of information gathering and to train, even the national guard, in house-to-house combat, respectively.  Just in case it's ever needed on our streets.  Some people say that the fences and barriers along the american and Mexican border are not to keep the Mexicans out but to keep the americans in.

NOTE -- some words deliberately uncapitalized to indicate my distaste and disgust for what I see happening to, and in, my country.

....But I do not think that blackouts was what made this effective.  It was more the amount of signatures gathered and presented that showed the strength in numbers....

I was one of the ones to write all my representatives in the Hose and Senate regarding this.  To see them back down is a good thing.

representatives in the Hose

Got me, didn't you?  Maybe we should hose the house.

My 83 year old mother says that everyone one of those <bleep> <bleeptity> <bleep> members of the US House of Representatives and the Senate should be fired and we should move our system of government to a Parliamentary form.  I don't see the difference.  But that's a bit OT.

^ OT (or is it?  After all, it's a quote from a copyrighted work

CARIDAD: I second that.

Anyway, the House & Senate are essentially the same as the Lower & Upper Houses of Parliament.

Anyway, the House & Senate are essentially the same as the Lower & Upper Houses of Parliament.

That may be true, but most parliamentary systems use some sort of proportional representation instead of the winner-take-all 50%+1 system used in the USA. In our system, the barrier to even minimal representation of 3rd parties eliminates even the consideration of useful ideas and maintains a system where partisanship and money easily trumps public good.

In many European systems it is like that, only between 60 and 70 % of the people that can vote are going to elections sometimes even less and then a party that only has 30 % of the votes is going to rule with absolute majority in a parliament, Spain anyone?. We have always a minority that runs and controls the country. Later we watch television and such and are complaining but we are still sitting in front of the TV.

^ No difference from USA then.

^ No, that's the point. And if you change that house to a new house called parliament, you have also to change the people in charge there otherwise it would be the same. I still cannot understand why we have monarchies at all, e.g. in Spain, Britain, choose your country.

We have always a minority that runs and controls the country. Later we watch television and such and are complaining but we are still sitting in front of the TV.

Yup, same here in the US.

I posted in the Music thread a link to "All I Want is Truth (For Christmas)" by Mynabirds a little over a month ago.  Some lyrics:

Have yourself a happy little New Year.
Have it if you can.
'Cause the politicians will be at their same old arguments.
"Should we start another war?" or "Should we raise another tax?"
And the elders in their robes, they will be wondering where we stand.
But we won't care:  We'll sip our coffees,
and we'll watch our TVs - yeah, they're all flatscreens -
but whatever you do, don't turn on the news.

^ The only news I pay attention to is BBC based, but I would be interested in hearing what our foreign friends think of the BBC.

Is it as tainted as what comes out of the pig troff's here in the US?

^ I think on BBC comes only bull sh*t 24 hours the week. Sorry, fo being so harsh.

^^ I only listen to news from NPR & PRI; even the "BBC News Hour" (distributed in the US by PRI) feels wrong by comparison.  The BBC reporters are worse than lawyers in terms of twisting people's words to make the story that the broadcasting company wants them to get; I'd say they're as bad as Fox News.

After reading several, I arbitrarily pick what seems to be a decent news source from each of the populated continents, read them all, then mentally average the results.  If it's spoken about the next day I consider it important, if not -- not.  OTOH if any news source goes on and on about a topic, I ignore it, considering it a smokescreen.

^ The only news I pay attention to is BBC based, but I would be interested in hearing what our foreign friends think of the BBC.

To be frank, all big news networks show inconsistencies and bias to a certain extent. I guess it's somewhat related the political alliances their parent country has got going.

The BBC (both cable channel and the old world service on radio) tend to be fair towards Asian (except maybe China) and most Euro countries (Balkans less so, at least according to my Croat mates), but are overly critical on African issues. They don't really give as much coverage as one would like from certain parts of Africa (they got themselves banned from a lot of places there) or the Middle East. At the end of the day, like all other news channels, they can only report about what they have access to and depend on "liaisons" (accuracy unproven) in other networks for stuff they can't get. They tend to be more critical of their own government regardless of party, unlike American networks*, but like any other British institution they still tend to wax too much lyrical when it comes to the royals and such.

Personally, I tend to alternate between BBC and Al Jazeera English channels, depending on region and point-of-view. Al Jazeera may get a bad rep in America, but no one can deny that they're one of the few that give (mostly) unbiased reporting from all sides in the Middle-East (particular the Gaza strip) and North Africa. They also seem to have better access Latin America compared to the BBC, and tend to apply less spin-doctoring than most American networks when it comes to that part of the world, I've been told.

*can't speak for all American networks. Only those I've seen like CNN or MSNBC. Oh, and we hate Fox just as much as you do, probably.

For me, Bill Maher and Real Time says it all...

I like the old advertising slogan for The Daily Show:  "When news breaks, we fix it."  To me, that says it all - "fixing" the news.

...and most Euro countries (Balkans less so, at least according to my Croat mates), ...

You made one of the points, you see, I am biased. CNN is the same for me. You can or could even watch live bombing of countries and cities, but if you live in one of them I do not think it is a pleasant feeling.

^ Don't mean nuttin' till the final vote.  Remember, all politicians == 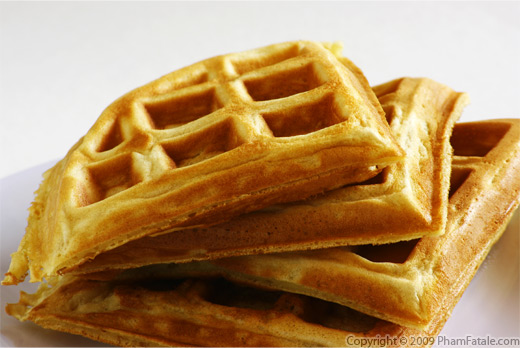 EDIT:  I find the increase in the amount of blue in the "supporters" column disturbing...

^ Needs a dollop of Nutella, me thinks.

Politicians are like terrorists. If you let the shit they do dictate the way you lead your life, then they've won and you're screwed.